There’s nothing like good barbecue and ribs are the quintessential barbecue food in my opinion. For me, what makes great barbecue, is a good dry rub and a low and slow cooking method, followed by nice grilling with in a sauce.

The following recipe is influenced by those out of the great barbecue culture in the southern United States. 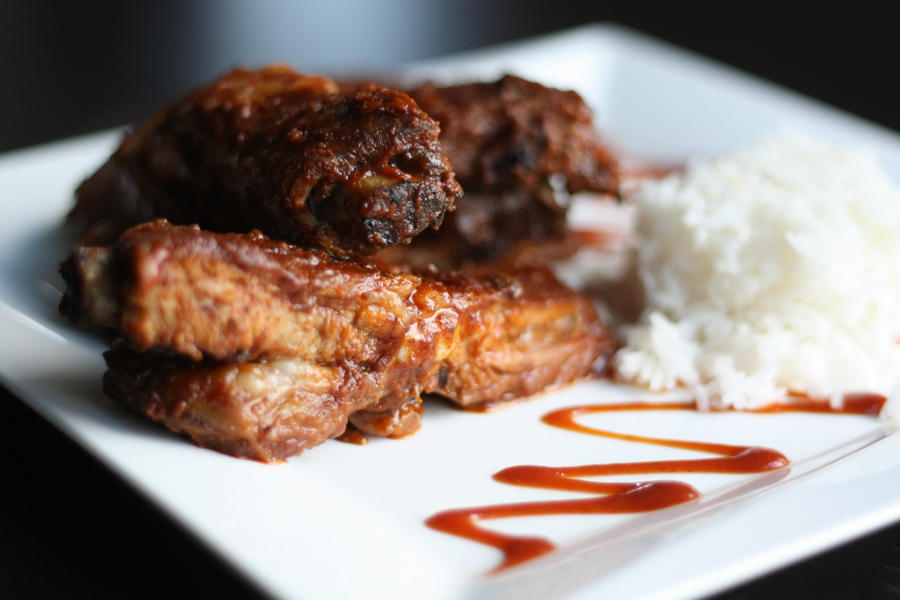 One may not think of a dry rub as a marinade, but it is, and it’s arguable crucial to dry-heat cooking methods, like smoking. Recipes vary from place to place and culture to culture, this is just a simple one I enjoy using. 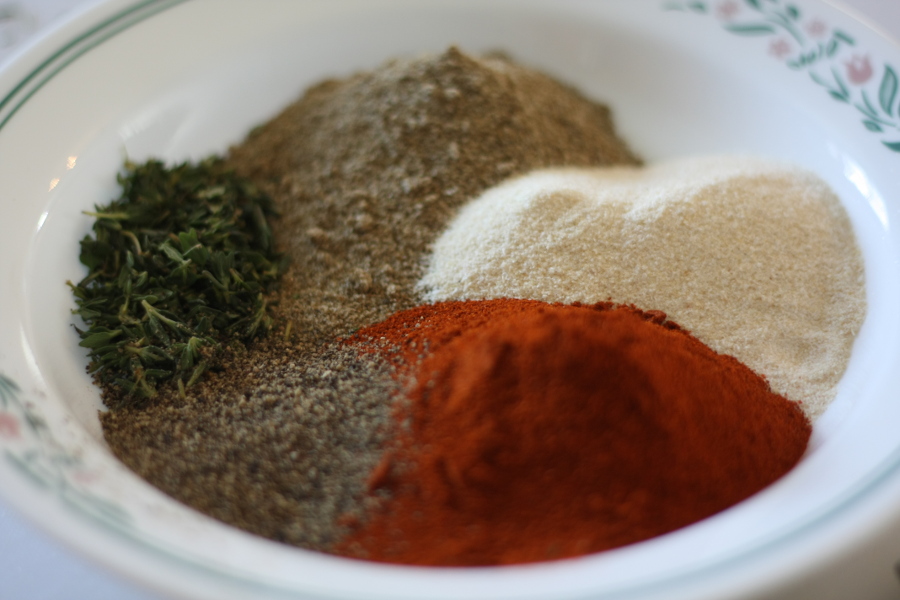 Before any rubbing: along the back of ribs is a membrane that ought be removed. An easy way to do this is to use a knife or other implement to peel enough of it back to get a grip on, then (with a paper towel for grip) pull it off along the length of the rib section.

Combine all in a small bowl and liberally rub it onto your meat. 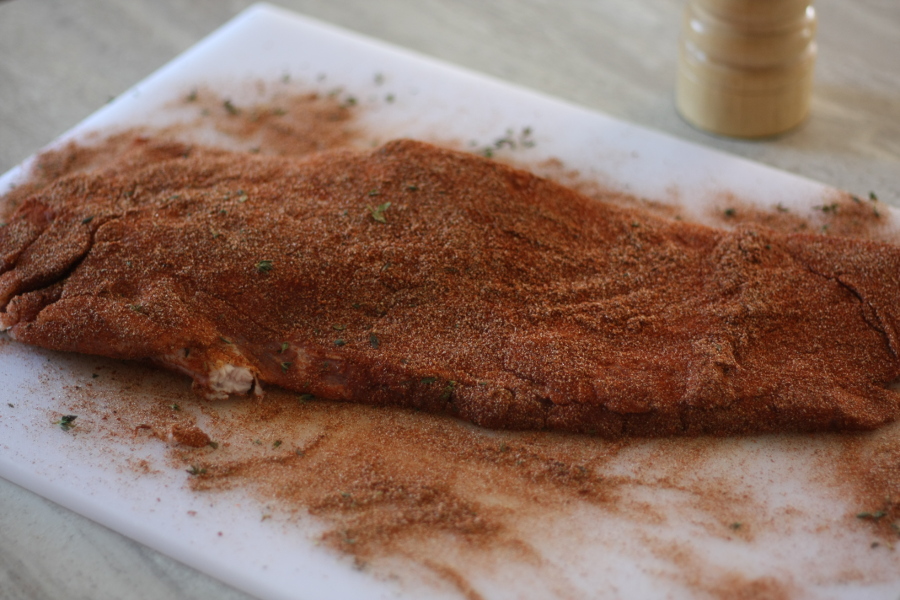 With your meat thoroughly rubbed, it’s good to let it rest for several 6+ hours or overnight.

There’s pretty much two standard ways to go about cooking your ribs: smoking or roasting at at low temperature. Preferring the smoking technique, should you have a smoker.

Preheat your smoker to ~195°F/90°C –many types of wood can be used – and smoke until the meat has pulled away from the bones about 1 cm (see above for reference). About 4-5 hours.

Preheat an oven to ~195°F/90°C and place the ribs in a large roasting pan with –with an optional ¼ cup of liquid, I use apple juice– and slow roast for 4-6 hours covered until the meat has (again) pulled away from the bones about 1 cm.

Now the addition of liquid (in the roasting method) may be initially frowned upon as it makes it not entirely a dry heat cooking method. But the ribs will release their own liquid into the pan as they cook and a little added flavour from an additional liquid, like apple juice, isn’t bad.

Now you need that nice caramelization that one gets from grilling.

To achieve similar caramelization inside, you can use your oven’s broiler. When doing this, take care as the sugars in the sauce will be quick to start burning and then smoke.

Combine the following in a blender until smooth –it makes about half a litre. It can be stored in an airtight container in your fridge for about a month.

Some optional flavour-boosting ingredients here are: